On a Fanuc or Haas control G02 G03 are the two G codes we use to move around clockwise and counterclockwise circles. You don’t need the leading zeros so from now on I will call them G2 and G3.

GO2 GO3 looks almost exactly the same as G02 G03. But your control will blow it’s mind and get real mad with you.

It will also do some really weird shit like trying to start a new program. Anyway just don’t do it.

If you want to know how to do this on your Heidenhain control you need to read this article.

Oh and please don’t call it interpolation as it annoys the shit out of me.

Now that’s the telling off out of the way let’s move on. It’s ok I don’t hold a grudge.

Let’ Talk About Milling A Shape

They both work the same way. On a modern control you programme the endpoint (an XY figure on a milling machine) and the radius you require.

Then your CNC controller magically creates your circle. You can programme any arc like this with one exception.

Do you know what it is?

Ok I will tell you later, it’s OK to not know. (Just means you are little thick).

Lets go back to school.

Remember construction? Of course you do.

We are going to mill the top section of this part

Let’s see what the control has to do to work out where the centre of the circle is.

It knows its current position and in your G3 line you tell it the end point and the radius you want. Well it gets out its little compasses and draws two circles at the radius you told it.

Where these two arcs cross it places the point of the compass. Now it can strike an arc that touches your start point and your end point.

Get yourself a pair of compasses and try it. It’s great fun. That’s how the maths works.

Tell me did you really believe that inside your CNC machine there is a little man with a pair of compasses?

Fuckin hell I give up.

Sorry I lied it’s all done with simple trigonometry. But at least I tricked you into understanding the principle.

So you should now begin to work out why you get an alarm when the radius is too small. Your two arcs just don’t cross. In other words you are trying to fit an arc between two point that simply miss one another.

Your control will give you an alarm “End Point Not Found” which makes sense because it can’t find one. It’s like the pot of gold at the end of the rainbow.

What about the question. When can you not use endpoint and radius with G02 and G03 ?

Answer: When you want to machine a full circle using G02 and G03.

You can do it but you would have to break it into two halves. I’m not going to explain anymore because this method is for wimps and peole who can’t be arsed to read my articles.

You know who you are, ordering Chicken Korma in an Indian Restaurant.

Well…… what follows is a full, blow your bollocks off, shit your pants the next day, vindaloo. 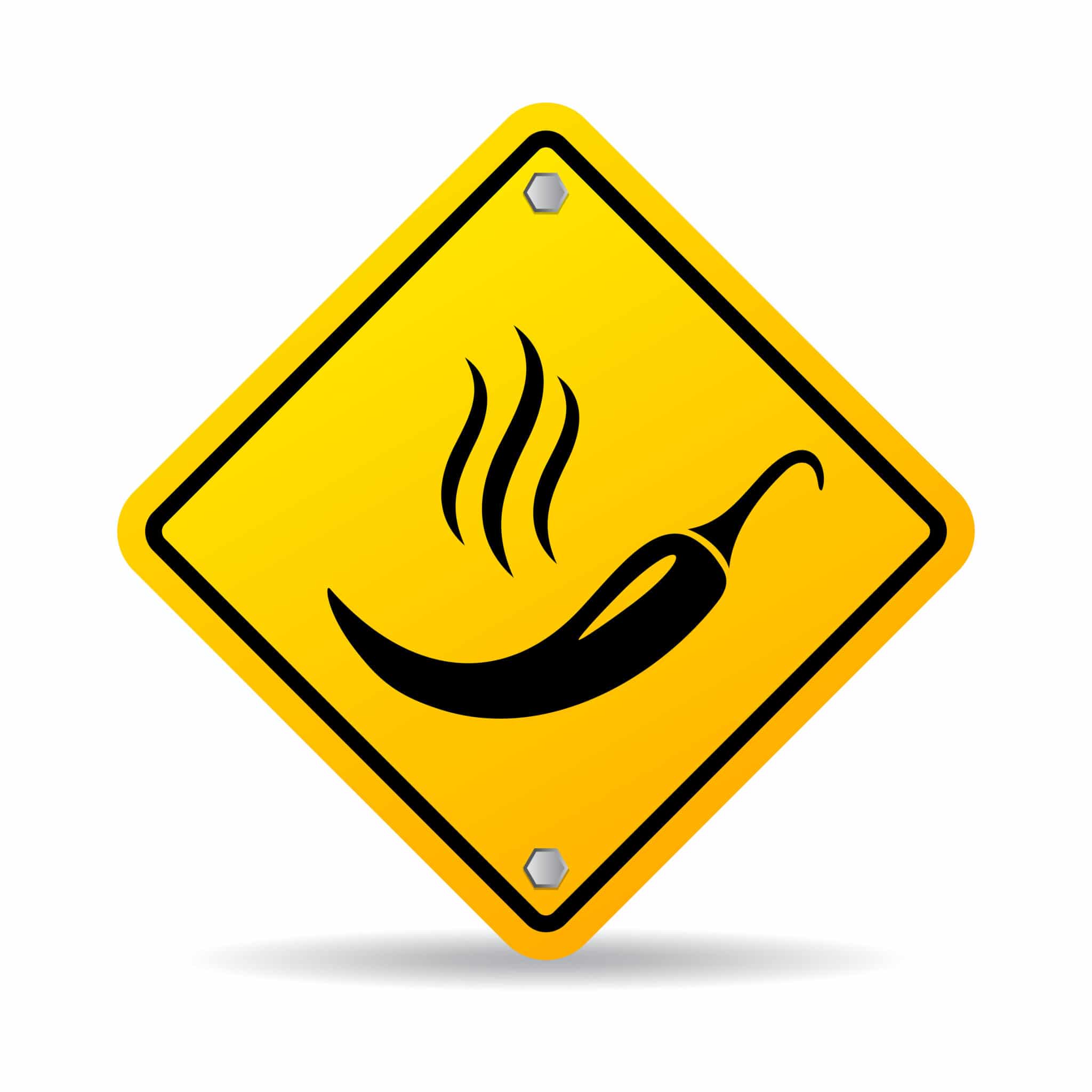 And Now Ladies and Gentlemen the Infamous I and J At the CNC Training Centre we don’t get too excited about I and J when it comes to programming circles. That’s because you don’t need to worry your pretty head about it anymore. You almost never need it.

Did he say almost?

In the old days I and J was the only way to programme an arc. You would tell the control where the centre of the circle is and the endpoint. This is cumbersome and a bit tricky. That’s why I’m not telling you about it.

Anyway one really good simple way to use I and J is for a full circle. Oh and it’s bloody easy. That is once I’ve explained it to you.

When I was a boy hundreds of years ago I had a toy called a Spiro Graph.

It consisted of a series of plastic gears. You stuck your pen in a hole in the gear and rotated it around another gear. With a bit of practice you could make some really nice pictures. Kept us happy for hours. The crime rate dropped dramatically in my area when these things came out. 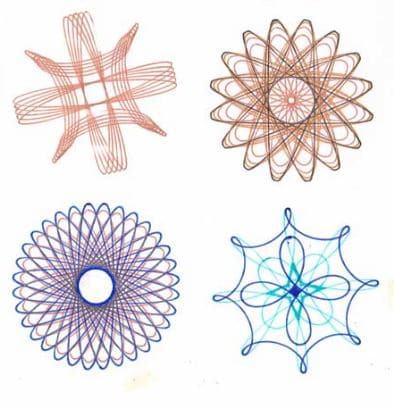 What’s this to do with CNC programming you ask? Well if you tried to use end point and radius for a full circle this is what you would get:

So in a full circle your endpoint is the same as your start point. There are millions of circles the computer could pick. It would be just like the shapes above. If you do the compass trick you will see what I mean. That’s why it’s impossible.

In Comes I and J So some clever bloke thought fucks this I’ll invent I and J.

If we use I and J there are four options as above. So these are the four options

So there you have a fantastic way to programme a full circle without having to break it down into two halves or be clever like a newsreader or some twat off mastermind.

Why do you only need the I and not X and Y Dave?

For fucks sake don’t call me Dave my name is David.

I had this really nice guy phone me from Africa the other day. He explained to me that he needed to get his inheritance of 10 million pounds out of England and if I helped him he would give me £20,000. All I had to do was give him all my bank and credit card details. Oh and a small one off payment of £1000.

Of course I agreed, what a bargain. Just as I was about to do this the cheeky bastard called me Dave.

I immediately told him to fuck off. I just hate being called Dave.

I gave him my 96 year old mothers phone number because I thought at least she can benefit from it all. Her name is Mary so he couldn’t shorten that. She only has £1200 in savings so it would be doing her a massive favour.