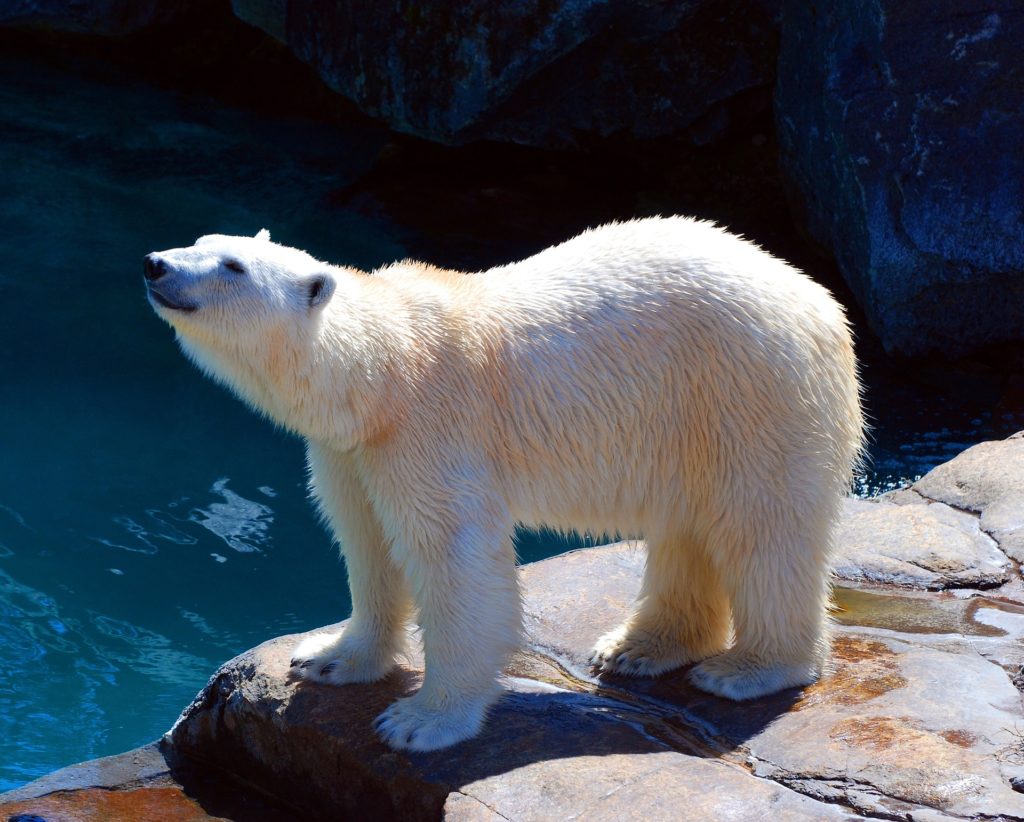 No one loves polar bears more than me.

Polar means you are working around a pole. So your programmed position is determined by a radius and an angle.

No use??? Think about it. Polar Programming G16.

Holes on a pitch circle. Mill a hexagon. Piece of piss. Honestly.

Polar bears, polar programming here we go. Don’t go too close to polar bears as they have a propensity to rip you head off. Oh No Polar Programming G16 is an Option

Sorry yes it’s n option. Anyway hopefully you have it. Don’t blame me blame the tight arse who bought the machine.

Imagine you had some holes like this to machine. First thing you need to do is program a G16 to say you want to use polar programming.

Anyway we want it at zero which is the centre of this pattern of holes. So it’s just G16.

The angle is always measured from 3.15 as below. (If you’re reading this mum sorry about busting your clock but I needed the picture) And the angle is measured counterclockwise. This applies to all CAD CAM. Lets look at the milling in more detail Note that the distance to the sharp corner is 46.188 The line N1 uses this. Each point you are going to has a radius from centre and an angle.

Incremental What’s That All About?

It gets even better when you use the L command. Now when it comes to the milling it’s so simple don’t you just love this. What do you think?

Add it to your digital toolbox??

That’s just so cool, thanks for the tip