CNC Help, this article is about the different modes of operation on a CNC Machine

Depending on what mode you are in

This determines what you can do on the machine. Learn all this and more

So when we turn on the machine we would need to zero return the machine. What is Zero Return you ask?

Well when you switch on the machine it’s a bit like when you wake up the next day after drinking a whole bottle of whisky.

First thing you think is where am I? Then the memories flood back of how you were dancing naked on the bar.

A CNC machine is much the same (except they don’t piss in a complete strangers cupboard). So you need to let the machine know where it is.

We move the machine back to it’s zero position and on the way it triggers a dog which is like passing over a button. This tells the machine where it is.

You’ll notice it slows down as it passes over this dog. That gives it time to sort itself out.

Not a real dog you turkey that would be cruel I mean a switch.

You only need do this when you first turn on the machine. After that the machine always knows where it is.

Jog what’s Jog? Well in this mode you will have an X Y and Z buttons. You will also have a feed control potentiometer.

(A twisty knob to you) This determines how fast your axis will move when you press X Y or Z in the plus or minus direction.

This very often has a rapid button that you can hold in to make the moves really fast if you really want to shit yourself.

So you can use this to move your axis around. You could even use it to drill a hole or face mill a part.

When you use the hand wheel you would normally be required to select an axis and an increment as below.

If you selected the X axis and an increment of 0.1 then each click of the hand wheel will move the X axis 0.1mm.

The hand wheel always reminds me of the robbers cracking the safe in the old movies.

Again you can use the handwheel much like jog to get the machine in the position you want and maybe drill a hole or something.

Haas handwheels have a really course setting like 1mm a click so beware!! But it’s great for quickly getting around the machines.

Also beware of over-run, because some Haas Toolroom Machines will carry on after you finished turning the hand wheel!!! Holy shit batman.

Just remember that these articles are designed as general guidelines as machines will vary.

If you use the analogy of driving a car then it’s like borrowing your mates car. It will definitely have lights and indicators. You just got to find where the switches and buttons are.

Just thought I’d add this in. Some machines have an incremental jog and I suppose it’s a bit of a combination between handwheel and jog.

You select an increment and each time you press the axis button (XYZ) the machine feeds that amount.

Very useful for clocking in bores and stuff like that. Personally I like the idea and if I worked on a machine with this I’d be using it.

Read the manual and get the most out of your machine.

It’s important to remember that handwheel and jog can usually be used with the door of the machine open. They may seem gentle and there’s not much noise going on.

Please note you are using the full power of the machine and if your hand is in the way the handwheel will not stop.

Remember that these modes may have slightly different names but all CNC machines will have them.

Like on some Siemens controls MDI is called MDA (don’t google that one!!!)

Manual Data Input (I suppose it’s kind of self explanatory).

It’s just a way of writing little short bits of CNC code and it’s normally automatically deleted after use.

You could use this for things like doing a tool change or starting the spindle.

Almost anything that you would put in a program can be done in MDI.

It is usually used once and thrown away, not really environmentally friendly single use program.

Most controls have a way of converting this MDI program into a permanent one to keep in memory. Fanuc uses program O0000 for MDI and it’s a bit like a clipboard. You can change this program O0000 to a real program number like O0001.

There is also a parameter you can change that makes the program stick around after you used it.

Some operators only use MDI for tool changes so you might want to keep the code  there for whenever you need it.

On a Fanuc control you have to put an EOB (end of block or semicolon) at the end of the line of code to make it work. Otherwise you get an alarm. Drives me bonkers. 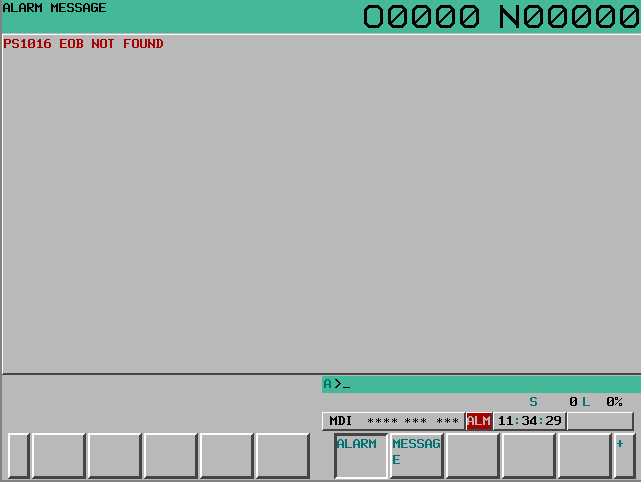 This mode can have different names but it’s the mode where you get to run your programme.

After selecting the programme you want to use select this mode.

When you press cycle start the programme will run.

You can run your programme in single block

And that red button at the side there is feed hold, it will halt the programme movement but it won’t usually stop the spindle from rotating.

This mode is usually for running direct from a Memory Card or PC and it varies from machine to machine. Some will run direct from a floppy disc.

It is for those massive programs too big for the machine memory. Some really old machines will even run a paper tape.

Drip feed is a bit like lying under a beer tap and slowly getting pissed.

Anyway you don’t need to worry your pretty little head about that one at the moment. 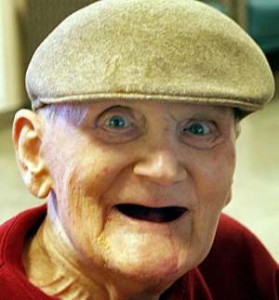 Picture of a floppy disc for our younger viewers. Let’s get on to the interesting shit.

Yes it’s when you alter the program. In the edit mode you can look at any of your programs stored in your machine and Edit them.

There are massive differences in what you can do depending on your CNC control.  Don’t get me started on this one cos I think CNC Machines have been in the stone age on this one for years. Now I’m not going to mention names but even simple things like copying programs can be an absolute piece of shit. So if your used to the power of editing on a PC get ready to go back in time. Most new machines are pretty good on this now but it’s taken a long time and I still find it really convoluted and counter intuitive. (I don’t know what either of those words mean).

Here is a short video on how to copy and paste on a Fanuc 18i it’s very similar on most oldish Fanuc controls. (Excuse the long intro on the video but I am trying to flog records as well here).

Oh and if you want to copy a program on an 18i Fanuc view this one.

Editing in its simplest form is INSERT ALTER and DELETE.

These are self explanatory but I have put a nice little gif above just to hold your attention.

Most modern controls will have FIND and REPLACE. It is well worth learning to use this because it guarantees that you don’t miss any figures in your programme.

You are sure to catch them all and you can be sure they are all accurate. Even if you altered em to the wrong figure at least they will all be the same.

Or just get in touch.